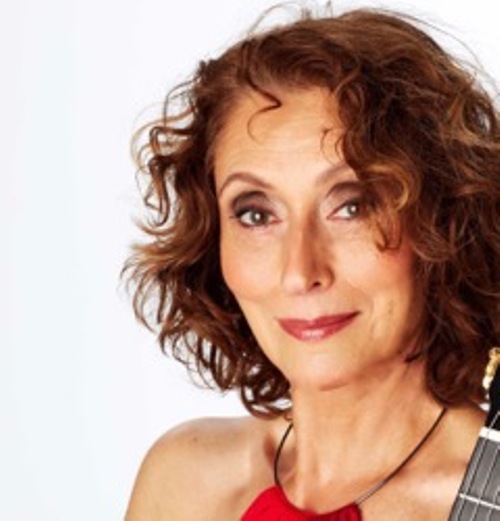 “For me the musical journey began when I heard the wind in the cornfield next to our house. I knew with the sublime wisdom of a three-year-old that it was speaking.”

“Many years later, at the age of ten, I began to study the guitar, which my mother insisted I practice daily in her hearing for twenty minutes a day for two years after which I could quit. Well, by then she couldn’t get me away from it; the guitar had become my friend as much as the family dog.”

“For a few more years, I continued playing guitar, sang in a demanding choir (by ear! since reading had somehow passed me by at that point), became an apprentice peal-bell ringer at Washington Cathedral and built a harpsichord from a kit (NOT Ikea) before Sophocles Papas, acolyte of Spanish guitar legend Andrés Segovia, and himself high priest of the classical guitar in America invited me to study with him.”

“I accepted and studied with him as his protegee, being “groomed for the concert stage” as he put it, until leaving for college at my parents’ insistence that I complete my academic studies first. Unable to resist a challenge I entered college early and attempted to keep up with my guitar at the same time. Rather than lose the music to academe I left for conservatory (San Francisco) after sophomore year at college (St. John’s, Annapolis, dubbed “the Great Books School” for its unusual seminar-based curriculum).”

“Back with music as the center of my life, I gleaned a great deal from my studies in San Francisco then met a staggeringly talented guitarist/composer/baroque guitarist (Karl Herreshoff, an underground “cult” figure from the Paul Winter Consort) who took me on as a private student. His approach was both rigorous and highly artistic. Through him I was exposed to a flamenco troupe which ignited a passion for Spanish guitar. This thread has continued and I recently completed a collection of my own transcriptions of Argentinian tango for guitar.”

“Voyaging on, eventually I returned to conservatory at Bard College where I earned a performance degree in classical guitar. There entered the man who would be my mentor for the next twenty years: Patrick O’Brien. He was simply “the center of our universe” to many early musicians. He was both an internationally sought-after teacher for baroque performance practice and a marvelous performer. When Juilliard wanted to start a department of Historical Plucked Strings, they hired Pat. He held the position for the last two years of his life, and was succeeded by not one but
two of his best students, now masters in their own right.”

“These days I teach Suzuki guitar to young children, traditional classical guitar to adults, perform a great deal of Latin American guitar music and have launched Circe’s Consort, my own early music “band” exploring little heard music of the 16th and 17th centuries.”

“I have been profoundly gifted with great teachers and am very gratified to be able to share all I have learned with my students. “Building a player” as Pat put it, is a deep experience for both teacher and student. I am privileged to be called to this profession.”

For more information on Annalisa, you can find her full bio, including videos, location, and schedule.  Sign up today for in home or studio lessons with Annalisa.